Warm greetings to our wonderful patients,

We look forward to seeing you again. At this time we would like to thank you for your patience and understanding over these past few months. We are working diligently to reschedule all previously cancelled appointments. If you have not received a phone call yet, please give our office a call and we would be happy to accommodate you with the next available appointment time.

Following the direction from our Provincial Health Authority, the College of Dental Surgeons has instructed that we are now able to perform regular dental treatments and cleaning appointments as long as certain precautions are taken. We have included a detailed list below of what to expect when you enter our building for your next dental appointment.

The following precautionary measures will be in place during           Phase 2 of our Province’s re-opening:

We look forward to serving you and can assure you that your next dental visit will be safe and enjoyable. 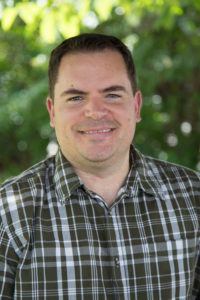 Dr. Stephan Wolfs was born and raised in Rocky Mountain House, Alberta. His hobbies in youth were music (piano, guitar, and trombone) as well as speed skating, basketball, and making video skits with his high-school friends.  After graduating from high-school, he lived in the Netherlands for 2 years.  Dr. Wolfs completed a B.Sc. degree with a major in Neuroscience from the University of Lethbridge in 2002. It was there on the windy flats of Lethbridge where he was struck by cupid’s arrow and fell in love with his sweetheart, Somer.  They made the journey to Winnipeg to begin dental school with 2 children; a 2 week old boy, and a 1.5 year old girl. After graduating from the University of Manitoba’s Dental School in 2006, he joined the Canadian Forces as a military dentist. A 9-year term in the military took their family to Ontario, Nova Scotia, and Saskatchewan; and added 2 more children to their family. In 2015 Stephan and Somer and their family of 4 children decided to settle down in the beautiful city of Cranbrook and enjoy the beautiful mountains, lakes, and bike paths it has to offer. Dr. Wolfs thoroughly enjoys fixing teeth (I know. weird right?) and feels very blessed to work with his fabulous dental team. 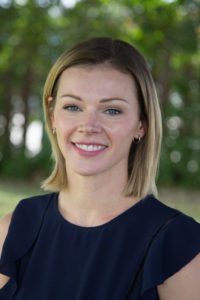 Dr. Laura Turner was born and raised in North Vancouver, BC. During her childhood, her extracurricular activities were mainly athletic, including gymnastics, track and field, soccer and basketball. She graduated high school in 1999 and went on to study at UBC, majoring in Microbiology and Immunology. After deciding on a future in the field of Dentistry, she continued at UBC to complete her DMD degree in 2007.

Dr. Turner spent her first year of practice in Victoria, where she moved to live with her husband, Rob, as he finished medical school. They then returned to Vancouver for the following 5 years where Dr. Turner practiced in North Vancouver and Coquitlam. When Rob completed his surgical training, they decided to leave the chaos of the big city for greener pastures. They chose to move to the lovely city of Cranbook, for sunny skies and snowy winters. Shortly after moving, Dr. Turner gave birth to their second child, and then luckily came upon Dr. Nish and his wonderful dental practice. Since working at Nish Dental Clinic Dr. Turner has had one more addition to her family.  Dr. Turner has fallen in love with the city of Cranbrook and the lovely people who live here. She enjoys all aspects of dentistry, but particularly working with children and orthodontics. 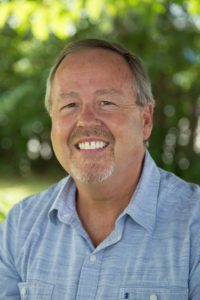 Dr. Dean Nish was born and raised on a farm south of Cardston, Alberta.  His hobbies in youth were music and reading.  After graduation from Cardston High School, Dr. Nish attended the University of Alberta for 2 years working on his B.Sc degree.  He took a two year break from University and lived in France, volunteering for his church.  Upon acceptance to the University of Alberta Dental School, he then joined the Canadian Armed Forces Dental Services to be sponsored as an officer.  During summer breaks from University, while other students relaxed, Dr. Nish attended Boot Camp and other rigorous military training sessions.  After graduation, he was posted to Nova Scotia to work as a Dentist for three years, then off to the Queen Charlotte Islands for a two year posting.  While in the Islands, he worked on Saturdays at a Private Clinic and discovered how enjoyable it was to treat families, not just soldiers.  He moved to Cranbrook in July 1992 with his wife, Heather and three young children.  Over the next few years, they added three more children to the clan.  Now he’s the grandfather to 5 little ones & life is really beginning to get busy.  Cranbrook has been a great place for Dr. Nish and his family.  He’s been singing with a local choir, Sun Valley Song, for many years and has just joined the Cranbrook Community Orchestra, dusting off that clarinet from his youth.  Hiking, back country camping and skiing, both Alpine and Nordic have kept him very happy on his days off.  Heather and him have also traveled to foreign countries to do volunteer dentistry; Peru, Tonga and Israel so far. 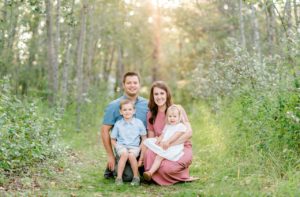 Dr. Edward Wolfs was born and raised in Rocky Mountain House, Alberta. Much of his growing years were spent caring for animals, speed skating and playing soccer.  After High School he served a two year service mission in Ecuador where he became fluent in Spanish.  He completed his undergraduate and Dental degrees at the University of Alberta after which he worked for seven years in central Alberta. When the opportunity came to work with his older brother Stephan in the beautiful city of Cranbrook, he and his family were thrilled to join the team at the Nish Dental Clinic.  Dr. Ed and his wife have 3 lively children and 7 chickens.  They are so grateful for the opportunity to work and live in the Kootenays.

Our Clinic requires 2 Business Days Notice Of Change in Schedule.

There is a $50 Fee for Same Day Cancellations or No-Show Appointments.